The Athelstan claim group is located in the prolific Greenwood mining camp of southern British Columbia. This area has a rich history of mining and is considered to be one of the most concentrated mineralized areas of the province.

A total of 2,488 tonnes grading 15.4 g/t Au and 1.5% Cu were reportedly mined from the Golden Crown Vein during the early part of the 1900’s, although the extent of workings and dumps suggest more (BC Minfile). Production came from a steep south dipping vein averaging 1.5 m in thickness, via three stopes on the 100-foot level within 55 m of the shaft.

The property is situated at the intersection of two major, regional fault zones. The Lind Creek fault is an east-west trending, moderate north dipping, Jurassic thrust fault and has a close spatial relationship with much of the gold mineralization in Greenwood area.

A 2003 trenching and rock sampling program was managed by R. Walters of Spokane, Washington. Linda Caron, M.Sc., P. Eng of Grand Forks completed trench layout, geological mapping and reporting. The results were reported in a December 2003 Assessment report on the Athelstan-Jackpot Property authored by Linda Caron.

A detailed property scale geological mapping program was completed in 2004 again by Linda Caron, M.Sc., P. Eng. and detailed in an August 2004 Assessment Report authored by the same.

Belmont plans to review all previous exploration data from the Athelstan-Jackpot property and propose an exploration budget and program for 2020. 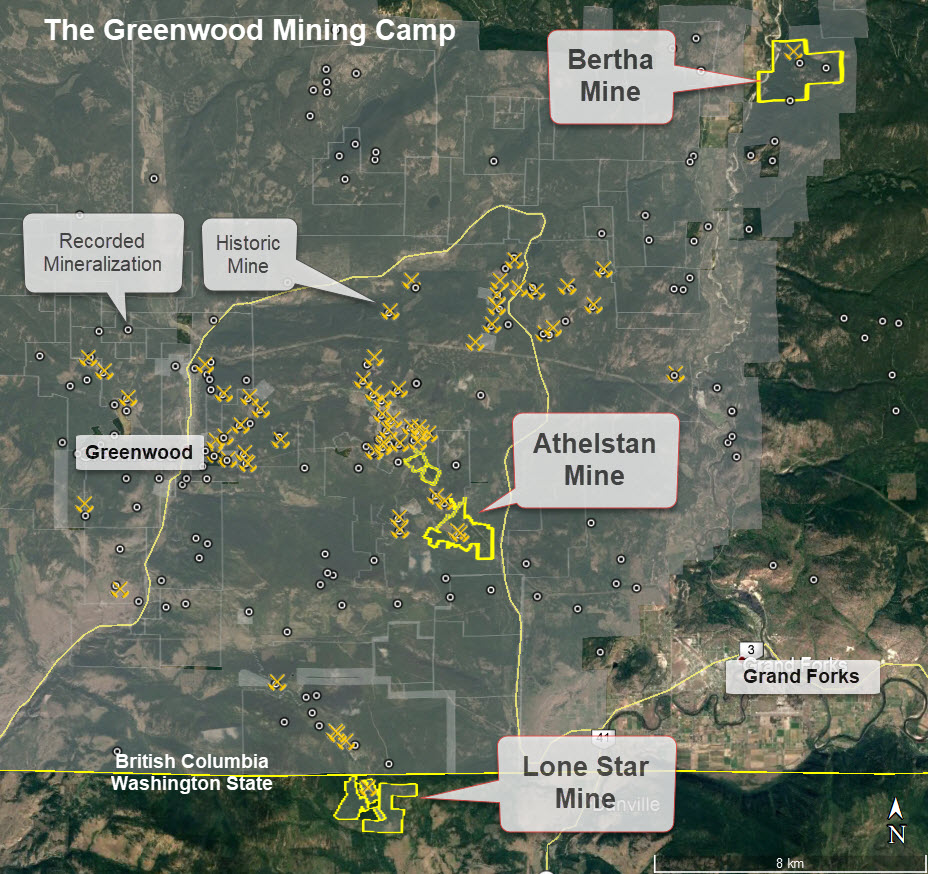 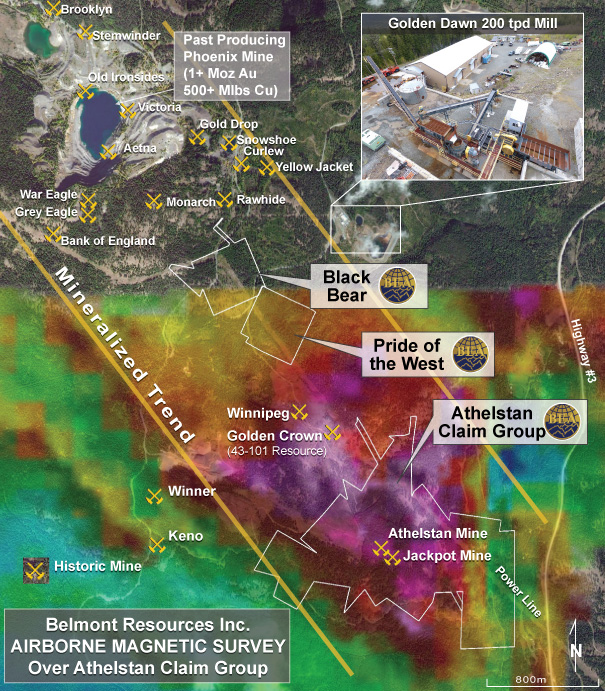 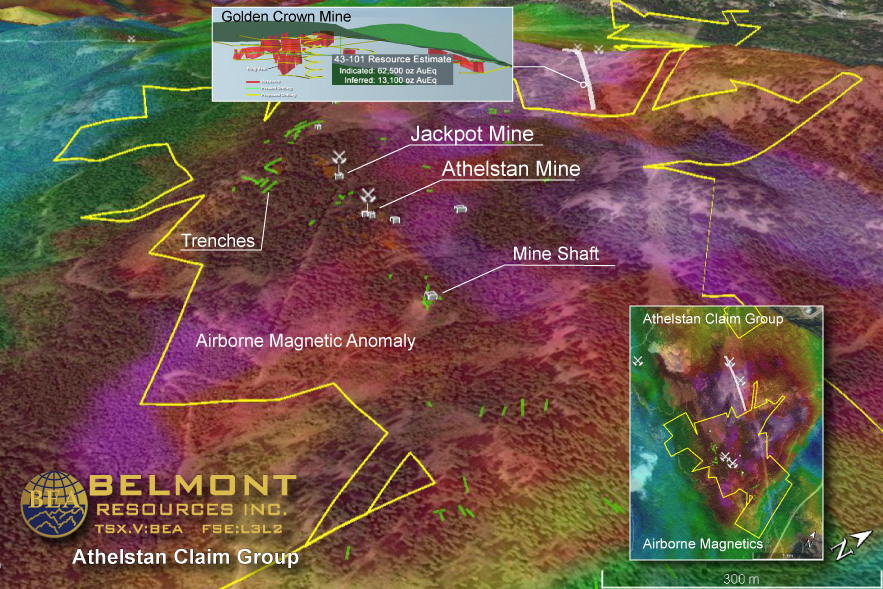